​The weather forecast for Saturday called for up to six inches of snow.  As we were having breakfast we noticed a few flakes starting to fall.  By the time we boarded the bus and set out at 8:30 it was starting to come down fairly heavy.  The tour guide we had for the day said she hadn’t seen a snowfall like this in several years.  We were in for a treat!

The bus ride started by heading north, Uptown, from the hotel.  This took us past Columbus Circle and the along the west side of Central Park.  We passed through the park near its north end and then headed south along 5th Avenue, passing the Metropolitan Museum and of course all of the famous shopping locales.  We stopped for a few photo ops and strolled through the Chelsea Market. 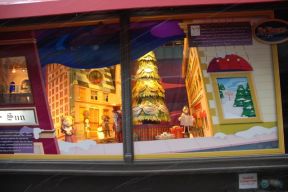 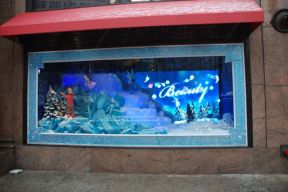 We stopped to grab lunch at a deli and then headed down to Battery Park where we would board the ferry that would take us past the Statue of Liberty and then on to the partially re-opened Ellis Island.  Ellis Island has recently opened after completion of most repairs from Hurricane Sandy.  There is still some work to do, so not everything is accessible.  It will supposedly be closing again in January for some time to complete this work. 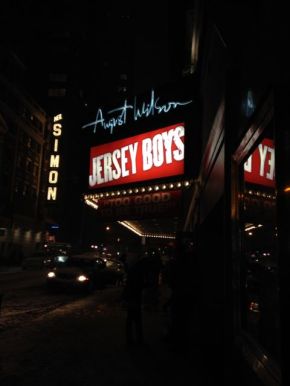 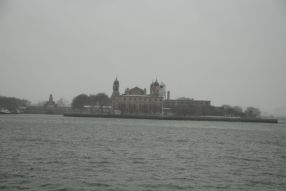 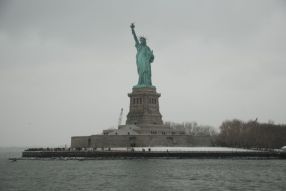 After the return ferry ride it was on to the 9/11 Memorial.  By this time the weather had become quite heavy so it was only a quick walk around the memorial pools before heading back to the bus.  I though that the museum was also open, but that does not seem to be the case so I will have to return someday to visit when it is completed.  It is an incredibly powerful sight not diminished due to the weather. 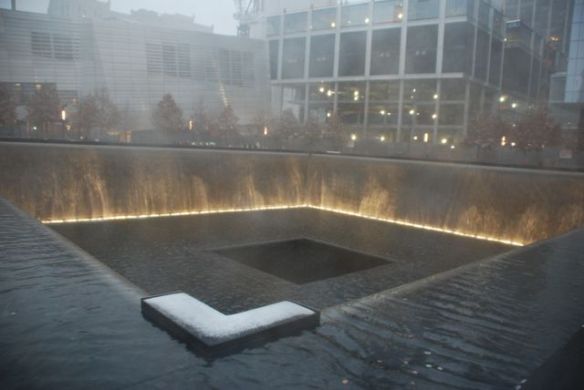 A few people ended up getting turned around, so after everyone else was back on the bus we headed around the block to round them up.  That was the end of the scheduled itinerary for the day so we had the evening free.

Back at the hotel by about 5:30, mom, Jerry and I decided we try to get tickets to a show.  I managed to get tickets to Jersey Boys.  We had dinner at a nice little Italian place right next to the hotel (after looking at a couple of other options first).  Ended up being a great choice as the food was excellent!

Jersey Boys was fantastic!  Great way to spend the evening.  Again after a long day it was back to the hotel to crash.