Woke up at 6 this morning and headed down for the buffet breakfast.  The choices covered the whole range of international options from western bacon and eggs to the Asian noodles, fried rice, and soups.  No one would go hungry here.

Our morning was free so we opted to walk down to Tiananmen Square which was about a 2km walk down the street.  Took a few pictures on the square and Jerry and Doug walked through the mausoleum to view Mao’s body.  From there it was back to the hotel for a beer and a nap. 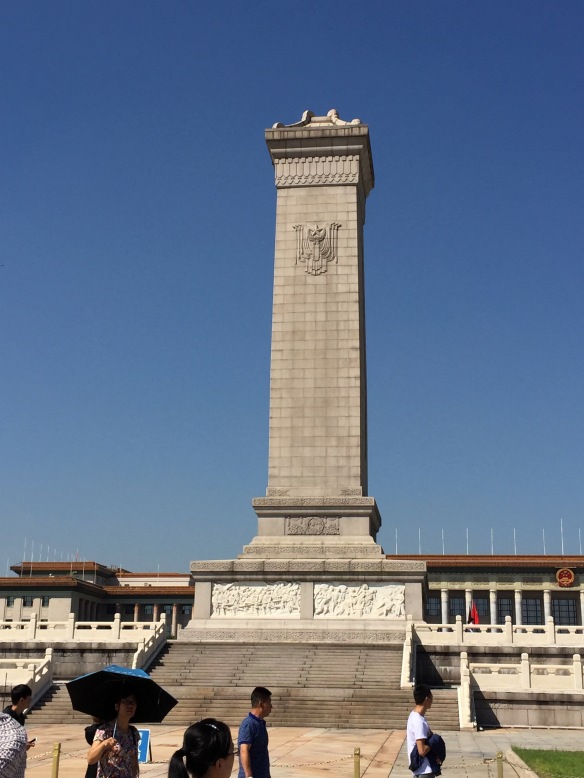 Monument to the People’s Heroes on Tiananmen Square

Later in the afternoon the tour officially began with a visit to a local freshwater pearl factory and then it was on to dinner with the whole group – 31 people in all.  We were back to the hotel around 7.  I watched some shows on my iPad while Jerry went looking for an ice cream cone at a nearby McDonald’s.